I sold my car last November and started traveling back in January, even though the traveling part was kind of by accident. That’s a long story I’ll get into at another time. I also have so many other stories about all the places I’ve been and the people I’ve met, but those need time to properly develop before they’re published.

For now I thought it’d be fun to look at some numbers from the last three months. The data tells its own story, if you know what to look for.

Places I’ve stayed for at least one night

I have no idea where I’m going next. 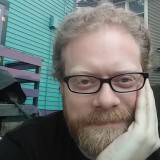 Jason is curious about all the wrong things, yet he pursues them in the right order.

View Archive →
Instead of posting to a multitude of public social media sites, I've decided to experiment with hosting my own space. You can follow along by visiting this page or by using your favorite feed reader or other RSS-powered service.

Feel free to comment. I will reply. If comments are closed for the post you'd like to talk about, just send me an email to chat.